Get fresh music recommendations delivered to your inbox every Friday.
We've updated our Terms of Use. You can review the changes here.

Vigor Reconstruct: A Benefit For The Soroka Family 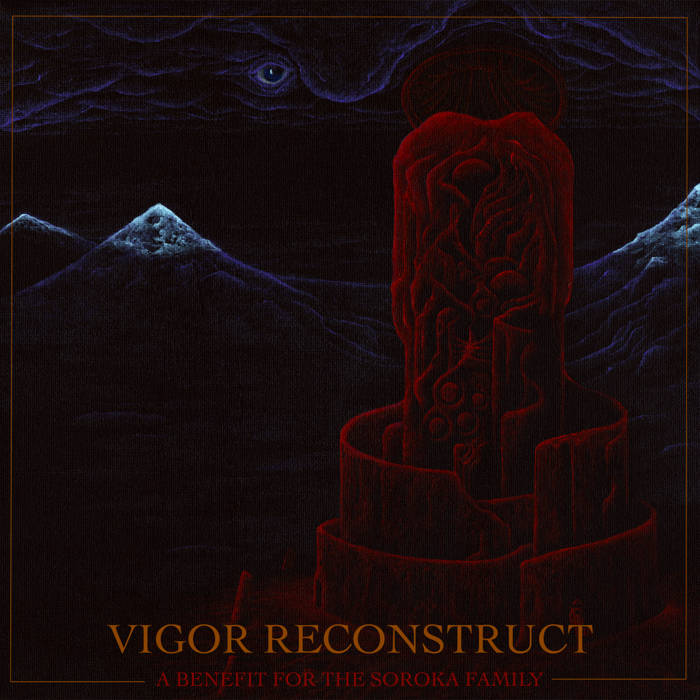 I, Da Witchfinder Only ever heard Tchornobog by him, but that was more than enough for me to support this. Favorite track: The Judge.

signovbaphomet Eternal hails to a metal legend, Markov and his family. In times of unlight, seek thy candle, find thy way~

jormungandrsfoe Love to the Soroka family, and thank you to every single person who put this incredible compilation together.
more...

The Number Of The Yeast

Markov Soroka's father suffered a severe heart attack earlier this summer and, though he survived, was left without a job nor insurance in the wake of such tumult. Now the Soroka family faces at least $66,000 in medical bills. It is our hope that this compilation, featuring some of the very best of the metal (and beyond) underground, will help ameliorate some of the financial woes which they face.

We will also concurrently be running a raffle for the original hand-painted artwork by Calvin Cushman, as well as original artwork by Karmazid (Tchornobog logo et al). At $5 per ticket, you are welcome to purchase as many "tickets" as possible (Paypal the total amount as Friends and Family to sorokafamilybenefit@gmail.com) between 10/2 and 10/4 (at midnight PST), with the winners being announced 10/5. Global shipping will be covered by the artists.

We have all been touched by Markov Soroka's art in one way or another -- be it their work as Aureole, Drown, Krukh, Tchornobog, or any of their other artistic endeavors. We owe a lot to Markov, and now it's time for us to give back.

All proceeds will go to the Soroka family.

We love you, Markov.

Bandcamp Daily  your guide to the world of Bandcamp

Guests John Beltran and Kim Myhr walk us through their magical musical adventures.